A rainy, hot afternoon in Panama City was the backdrop for Camilo Navarro Q.’s optimistic tone. Musically known as Cienfue, the purveyor of Psicodelia Tropical, and recently becoming a first-time father, the artist was filled with excitement for all things new. And there couldn’t be a more perfect soundtrack to this philosophy than Navarro’s own out-of-body experience via an LP, Life in the Tropics.

For almost four years, Navarro has been working on the expansive 12-track album that took the artist to various places to finalize. From recording at Strange Weather Studios in Brooklyn, to mixing at Toy Factory Studios in Mexico DF by David Francis O’Gorman, Navarro confessed to assembling a team of his favorite artists to work in every aspect of production, including vocalist and pollera dancer Shary Rose, and Lilo Sanchez of Señor Loop for “Open Her Eyes (Eyes Wide Open Remix).”

Truly diving into the mediation from an Ayahuasca-filled journey, Life in the Tropics listens in a humbling and blissful manner, highlighting the warmth of the jungle with tangible, Latin rhythms alongside the crunch of indie-rock. The album plays an impeccable role in balancing contrasting elements, a sensory feat for Navarro.

Acting as the artist’s first English full-length, the charisma of Cienfue took on another form, compared to older, dark releases, as a new chapter was written. Navarro attributed the direction to “good coincidences” and being in the right place, specifically, “being where you have to be in the universe.”

“Definitely, the Ayahuasca brought it all together with like, the positive message and the tropical vibes that we wanted to send from Panama to the world. And just as soon as I started doing that, everything started coming together. And now that we got the vinyl– I can’t wait for you to listen to the vinyl because the vinyl is so much better than Spotify… but on the vinyl, I think the final is the most coherent piece of art I have ever produced. Like just as a piece of art, the vinyl has Side A and Side B. On the side A, kind of like a good tropical daytime with brightness, and the B side has more of like the shining and the dark, and the serene kind of like a more nighttime tranquility, so it works like as a coherent piece of art.

“It just blew our minds when we listened to it, we cried because it was like the closest thing to what we had in our heads when we made the album. So when we finally heard it on the vinyl it was like ‘Oh my God, thank God it worked’ [laughs].”

In a rekindling presence, Navarro and Life in the Tropics also reminds listeners of the natural, everyday beauty tied in living. The artist’s love of surfing paints overlooked scenes we may take for granted throughout the album, while a general call for us to put down our phones heard on “Our Own Devices” guides the messaging: “life shouldn’t be this lifeless.”

And almost as an awakening, the artist’s realistic positivity led to certain changes within the music process, such as not wanting to write from a negative space anymore and being careful with his words. Tracks like “Serene” — which was written about a surf break on Playa Serena (serene beach) — finds that connection to something greater.

“I had a lot of songs that were like depressive, darkness and I was just tired of all of this. All of the content today available on Netflix and stuff that is like 90% negative, gore, horror, just like horrible stuff to be putting into your brain you know? And I’m just trying not to have all that negative influence anymore and I’m focusing on positively affecting people that are listening to my music.

“This album is also inspired a lot by Ayahuasca, I think I had to talk to you about that, but I was basically focusing on transmitting positive vibes, positive tropical vibes from from Panama, and just trying to affect people’s lives in a positive way. And the Ayahuasca trip just like solidified that because it really gave me this mandate that you have to go out there and give people good vibes, and a good moment with your little track of two minutes that they can spend and feel better. And just by making one single person feel better that affects the whole world. Now imagine that 200,000 streams a month? That’s insane. [laughs]”

Transmitting positive vibes globally is now needed more than ever, connecting us all through the siren that is the pandemic.

Panama being one of the countries to implement one of the strictest lockdowns in the world, had a gender based system which allowed residents to leave their homes for a certain allotted time depending on gender and their ID number. Once again looking to the positives, Navarro focused on having an uninterrupted pregnancy with his wife to “nest a giant egg” peacefully.

“So there would be police officers on the street checking everybody’s ID to make sure they weren’t out on the hours that weren’t corresponding to their ID, and actually restricted, like anti-liberty stuff. And after that, they were arresting surfers on the beach for surfing and having them like on their knees, handcuffed behind their back on the hot sand and stuff. And they were like men coming out about it like, like, what the hell– they’re arresting people for surfing. And meanwhile, there’s burglaries and stuff without attending. So, it was really intense and not being able to surf for me too is super tough. But we kind of got through it. I managed to escape and surf a couple of times, and risk arrest, really stressful, but managed to do it.”

Navarro continued to bounce on my “call to nature” comment, which runs fervently on the album, and shared his interest of permanent, sustainable agriculture, and his optimism of Elon Musk’s plans to hold a natural ecosystem around his factory.

“I think what part of my message right now is that humans have to be like the stewards of the Earth. So we have to take care of the Earth. And if humans were really doing it well, we could actually make the Earth better for nature; that’s nature itself. So we could be like the brain of nature, like figuring out ways for ecosystems to be better and more productive.”

The light-heartedness and genuine gratitude which Navarro spoke from relaxed our conversation and reiterated the artist’s empathy, a trait transmuted on Life in The Tropics. Though, regardless of the present, Navarro always spoke with anticipation of the future, notably the remixes where he shared that in some cases he prefers them more than his own for the new direction they take.

“Sometimes when you’re making the song from scratch you kind of get lost in your own mind a little bit, in my case, I come up with all these weird, different instruments. And in the end, sometimes it’s better to have a little bit more simplicity.”

Life in the Tropics is just the start of a new wave of sounds and tranquility from Cienfue with B-Sides and Spanish versions that have yet to be released, in addition to the album’s full remix album slated for a 2021 release.

Grab your copy of Life in the Tropics on vinyl via Longplay.

Connect with the artist 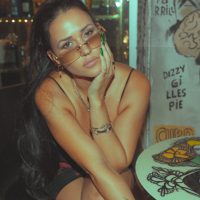 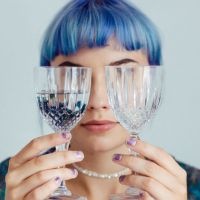 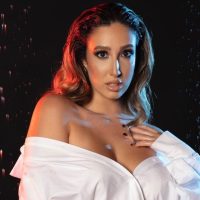 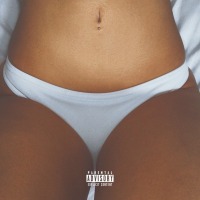