Rachel Chinouriri shares her first release of the year following a steady slew of support from tastemakers regarding her acclaimed debut, Mama’s Boy. On “Beautiful Disaster,” which features the angelic vocals of Sam Dotia, the two artists manipulate the delicacy of time and provoke a tender pocket of escape found in our minds. The surrealism of the artists’ harmonization and overall cadence is breathtaking on the track and sees a stunning translation with its visual counterpart.

Crafted with the same care as a ceramic trinket, “Beautiful Disaster” utilizes its slow tempo. Guitar strums hold the duet, but the pinning production echoes each artists’ sentiments. Dressed in the beauty of a twilight soundscape, the video mirrors this notion with ease.

Milo Blake’s direction portrays a universal connection while simultaneously touches on the residue time and distance leave behind. Poetically penned, the track’s lines tap into a realm of healing and self-introspection: “These edges hold me where do I begin / Sinking through the earth that hugs me sweet as kin / I fold into a mould I can’t seem to keep its shape / Here as we came, ivory baths fix all my breaks.”

The track gracefully moves at its own pace, emotively digging and borrowing eclectic bursts which shift its tone towards alternative pop. Though, not to confine the track in this genre, “Beautiful Disaster” orchestrates more of a story through intense, vivid instrumentation.

“We made ‘Beautiful Disaster’ using this visual approach to writing, usually I love to story tell however this time Sam and I sat and imagined a place of isolation and stillness in the nighttime,” says Chinouriri.

“We imagine a woodlands and clear sky. We came up with a place and describe our own reasons of why we would be there. When I was growing up I would often go to woodland areas for some peace. I remember the smells, the air, the wind, the stillness. I love people, but I love being alone in nature. Sam had a more abstract approach, with his lyrics and took a more literal approach. We came back with quite different parts and sang it in, the music by Hylnu also felt quite disparate from what i’d imagined, but we loved how it made us feel … so we called it ‘Beautiful Disaster.'”

“Beautiful Disaster” alludes to a wave of new sounds for the artist’s upcoming project, slated for release later this year.

Connect with the artists: 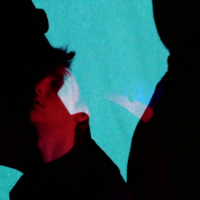 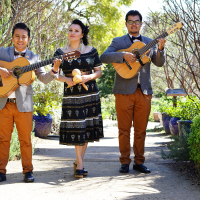