KIALLA is an act of truth. On a lighter side, the novel coronavirus has led to poorly executed “Imagine” sing-a-longs and humorous one-string singles during isolation, but still haven’t reached the level of KIALLA.

The Russian-Iranian duo continues their KOVID19 collection, which entails the collective to release one new song every three days for the length of the Coronavirus lock-down. In addition, the duo are also collaborating with various artists and musicians around the globe to keep the energy flowing, according to KIALLA.

“It is a celebration of life,” says KIALLA. “As long as we are all here on this planet, we need to create. And as challenging as it is to create under pressure, that’s the only thing that makes sense right now.”

The collection, which is being created in real-time, has four singles under its belt. Each single seems to possess one concept being explored with a similar undertone that ties them all together: make people think, make people talk about it.

On the first single, “Kenshi,” the duo explore a “post-apocalyptic scenario” and name the fighter after the Mortal Kombat swordsman. Where “Goldfish” speaks against sexism and misogyny, particularly in hip-hop music and circulate around KIALLA’s own member, Via, and her experiences.

In addition to shinning with integrity, similar to the likes of “Goldfish,” the third release is a proud proclamation. “Arrogant Immigrant” is an almost two-minute track that speaks on their own conceptualization of “foreigners making illegal sounds.”

It reads as a deep, hip-hop track that sharply jolts from a futuristic, house production and maintains a faithfulness to one’s own identity through the track’s vocals. At times, the vocal runs are playful, banking off the title, but chop and deliver the duo’s noble messaging.

There’s a tinge of anger that lives on the track and possibly continues on their fourth release, “Boi.” KILLA goes hard early on with the future, hip-house production, and doom-filled hook that draws the line of “not being the same.” The duo each spits casually, collectively, and consciously on each bar sprouting from the ideology of being foreign (“my accent thicker than yours”). It’s a cloudy, reflective track that stirs an internal revolution.

Calling producers from London to Iran, KOVID19 so far is acute in its delivery. KIA and Via’s voices each have their moment to speak their truth and hone in on the attributes that make them artists to watch for independently, and as a collective.

There’s sounds from each background — KIA growing up in Tehran, Iran, and Via hailing from Siberia, Russia — that can easily document their trek from Southeast Asia to Chicago. KIALLA continue to innovate sensory thoughts and concrete social issues on a easily accessible platform, better yet the unbiased language of music.

With only four tracks in, KIALLA creates a well-deserved anticipation with each new release.

KIALLA is a part of OUTSET collective that aims to support creators from different cultures and countries. 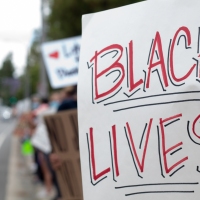 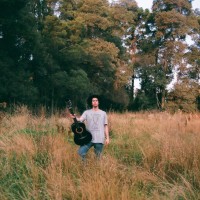 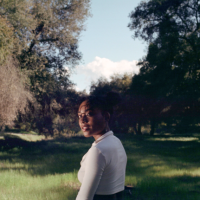 #NewNoise: Victor Perry’s style has grown since our first introduction in 2016. And through the artist’s musical evolution, it is obvious that Perry hasn’t found, but rather created, how own voice. 💛 On “ What I Deserve” we are re-introduced to the artist’s harmonic delivery of words and sounds. Even more so, we are re-introduced to Perry’s multifaceted storytelling. 💛 To support the #BlackLivesMatter movement, Perry will be donating all portions of his revenue and purchases from the single to NAACP’s Legal Defense Fund. 🙌 Link in bio 📷: Kuson Parson
Happy 27th Birthday, Breonna Taylor. ♊️❤️🌹You should be here celebrating. We will continue to say your name. We will continue to fight for you. Link in bio for all resources for Breonna. #SayHerName #BirthdayForBreonna ❤️ Thanks to the following people for images/artwork: @ArielSinhaha -Ariel Sinha @Gauchos4Transparency -Izzy Mitchell @AylaSydney -Ayla Syndey @_afrodiziak -Jane Cartwright @nemesomi -Imosemen Omiunu
🖤Repost from @chrisstewart_esq_ • Never lose that smile Gianna, never 🙌🏾 Always remember your daddy changed the world‼️ #georgefloyd #giannafloyd #minneapolis
Still cannot find the words, but won’t be silent. - Janette (Minnesota Freedom Fund link in bio) #JusticeForGeorgeFloyd
#Videos: Chilean artist Juani Mustard debuts the lo-fi garage cut “Andrea, You Are a Selfish Woman” via Burger Records LATAM. ☀️Acting as Mustard’s introduction for his forthcoming debut EP, set for release this year, the track is a rough adolescent croon that takes a mature philosophy (excluding the title itself). Inspired by the underground scene of the ’90s and built around a folk twang, Mustard’s laid back and DIY ethos touches on the scene of self-discovery, perfect for an emerging artist growing in their sound. ☀️Stream the single and watch the accompanying video on GUM. 🧡💛🧡
#OnTheRecord: Miss Jupiter Talks New Single, Believing in Yourself, and Music Industry Post-Quarantine 🔮 “I think my general philosophy is that people are born with a lot of different talents and we are kind of, we were trained by society to try and pick one thing: go to college for that one thing, and do that one thing for your whole life and that’s your career.” ◾️◽️◾️ . . . “It just felt like, I think this song will help people feel better, well at least I hope. I want people to feel like it’s ok to be hiding from your– from life, from your thoughts, and fears. From the things you feel like you need to say. And a lot of people are hiding. I mean right now they’re hiding behind social media and they might be saying things that they wouldn’t otherwise say in person. There’s a lot of ways that people are [hiding]. They can potentially hide from their truth, from themselves, but yeah I wanted to share this kind of ‘coming out.’” 🔮”Modern Revelry (I Won’t Hide)” is now out on all platforms. Link in bio for full interview 📷: @donqhannahphotography
Every year we join @moonroomie alongside many presenters and artists to celebrate #APAHM. It’s always been a pleasure and we hope to continue spreading the message virtually, thanks to moonroom 💙(link in bio): #APAHM2020 PHASE benefit film screening from May 24-31🌹 all contributions go to assist local #API and Desi American artists affected right now and will be matched 69%* by MR 🌕 featuring @ceramiksmidi @janguskangus @kelleia.music @lacistemusic @ohmymuu @abewav @iamshunkan @zhaomusic 🎶 music by @sonodamusic @tomemitsu @zhaomusic 🎥 @etawashere 🌑🌕co-presented by @athame_records @girlundergroundmusic @onthreemanagement @zoomlenslabel 🌑 #APAHM #AAPI #APIDA #AMERASIAN #aapiheritagemonth #aapihm
#NewNoise: The Glaswegian indie rock band Lucia & The Best Boys walk a somber line on their latest ballad "Let Go." 🖤 The piano driven track casts an atmospheric light, waltzing from a Gothic romance novel and construed with a similar dark soundtrack. Stripping more of a human veneer by Lucia Fairfull, the artist’s smoke-filled vocals bend, and at times break, with the contemplative nature of the track.
Advertisements
Advertisements