Melbourne’s Nat Vazer distills passive lines fed to women as fuel towards the artist’s adoration and appreciation of all women on her latest single “Grateful” via Hotel Motel Records. Specifically honing in on “role models” battling social equality, Vazer’s fragmented shards linger past the slacker-delivered vocals.

Co-produced by Vazer and Robert Mui​ñ​os, the ode to women intangibly reads as a melting pool of emotions, thoughts, and hope. Vazer plucks distinct era-inspired sound bites from grunge to vintage-pop for a timeless, introspective letter that takes women beyond the measures of a poster hanging on a ceiling, to in fact breaking it.

“It’s about acknowledgement and respect, with a sprinkle of sarcasm and the kind of non-conformist attitude that used to make my Year 10 English teacher say, ‘girls like you are exactly what’s wrong with the world’,” says Vazer in a press release.

The artist’s inner monologue weighs heavy and juxtaposes the happiness that is later found, sonically. Vazer builds around the notion of being “grateful” and rhetorically questions the appreciative nature that is assumed to be held by Vazer and many other women: “They tell me it could be easy … / Grateful to my own mother? / Grateful to fill the quota? / Just somebody else’s lover? / Just a significant ‘other’? / And I should be grateful?”

Vazer’s free associated thoughts swim freely from a past pain. Somber guitar-scuzz plucks dominate the first few minutes before passing into a warm melody. The tempo changes trickle unnoticed, but once Vazer harmonizes sweetly besides a golden rhythm, it becomes obvious of its inspiration of the George Harrison penned track “Something.”

What comes off Vazer’s forthcoming debut album, set to come mid-year via Hotel Motel Records, “Grateful” is a slow burning smile which comes only at the end of one’s own fire. It’s cleverly written, embraceable, and is the response so many thought but could never formalize so effortlessly.

Nat Vazer will be celebrating the release of “Grateful” with an East Coast tour throughout Melbourne, Sydney, and Canberra, and supporting US band Twin Peaks in Newcastle. 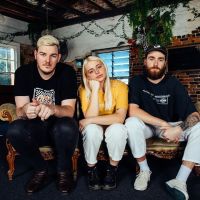 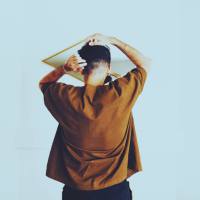 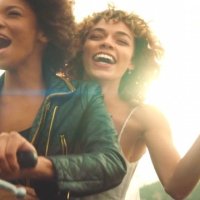