Berlin based duo FHAT, comprised of Sedric and Aaron, return and continue to spread the good word of the queer gospel on their latest release “Curious.” Filled with post-disco vibes which illuminate a sensual night, “Curious” curates a smooth douse of nostalgia that embodies the best of electro-funk. While the fresh take of sounds from the ’80s and ’70s speak on a sexual liberation, the combined forces of the duo reinstate FHAT as nighttime music makers.

“It’s about sex of course,” shares Sedric. “But it’s also about consent, boundaries, fun, and stepping outside of a binary mindset.” Despite being written about all the experiences the two had in Europe, noted by Aaron that the men there are more open to exploring their sexuality, the track’s lyrics take a modest approach. Instead, the ignition is led by the sweet caress of the soundscape and the passionate switch-off between vocals. There’s a hint of R&B and soul embedded in each electronic verse from the golden period of the late ’70s that instill the track’s danceability.

Guitar chords drip with their own alluring story and are brought to life with sparse keys. Lit to the dim crevices of a club, and the thrill of trying something new, FHAT focuses on a primal feeling that transcends past lust. The two somehow translate the arousal of the mind, which triggers “curious” thoughts, to a tangible product. What comes as a follow-up from their last bop, “Packin’,” FHAT’s growth is a steady, and admirable authenticity of voices. 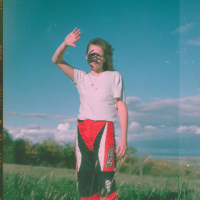 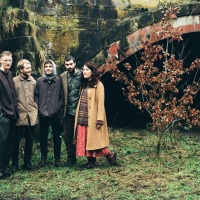 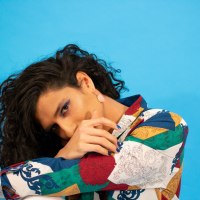