YouTube led me to France-based record label Nice Guys, which led me to Bandcamp, which led me to Spotify, which led me to Fig — completely different artist — until I finally found FIG on Soundcloud via a different track. And only to successfully track down an artist for a song that made me slowly burn in such a way would I proceed through these interweb Olympics.

Fay Liew of New York is FIG and crafts emotionally, ambient tracks, catered to an R&B heart. The latest by FIG, “Stamped With Love” is said track that sparked the chase. Penned from leaving things behind, which can vary from ideals to tangible objects and people, the track evokes at times, bittersweet poise. The simplicity of the lines dance across a tropical, and slowly strummed guitar which dip from verse to verse: “Wanna finish off what you said / Or else you’ll feel the dread / Got 1,2,3,4,5 more way / To look at you say.”

Smoothly coasting through memories and wrapped in an unconditional amount of love, the coming-to-age bop is a sweet love letter of things left unsaid. Fitting to the track’s concept and lines, FIG works with reflective feelings and a laid-back, positive outlook forward. Carried with honey-fused vocals and paired with an equally pleasant video, which sees FIG venture off in front of a green screen, the D.I.Y. and carefree aesthetics of FIG nurture the track’s sense of completion. 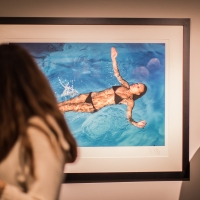