Known for crafting temperamental and conceptual collections, Los Angeles-based duo Twin Oaks return with their sophomore album, See You When I See You, and exhibit an honest wash of slowcore and post-rock. Comprised of songwriter and vocalist Lauren Brown, and producer/instrumentalist Aaron Domingo, the newest full-length sees Brown and Domingo walking a slightly different sonic route than previously heard, alongside a confident dismantling of past infrastructures.

Ironically built from an image of a broken down house, See You When I See You mirrors an introspective cause of questioning, personal revelation, and a common sense of misplaced origins. The duo may have pulled empathetic inspiration from fictional “what if’s” but have cultivated a darker realm of coming-to-age ideals from personal moments, such as death, infidelity, and lack of self-worth.

A recent chat with GUM led Brown and Domingo to clarify their songwriting process, influences, and certain issues that they were hesitant to share on the album. Paired with an intimate performance by the duo for a Jellyhead Collective live session, Twin Oaks’ multidimensional persona fully comes alive this time around. 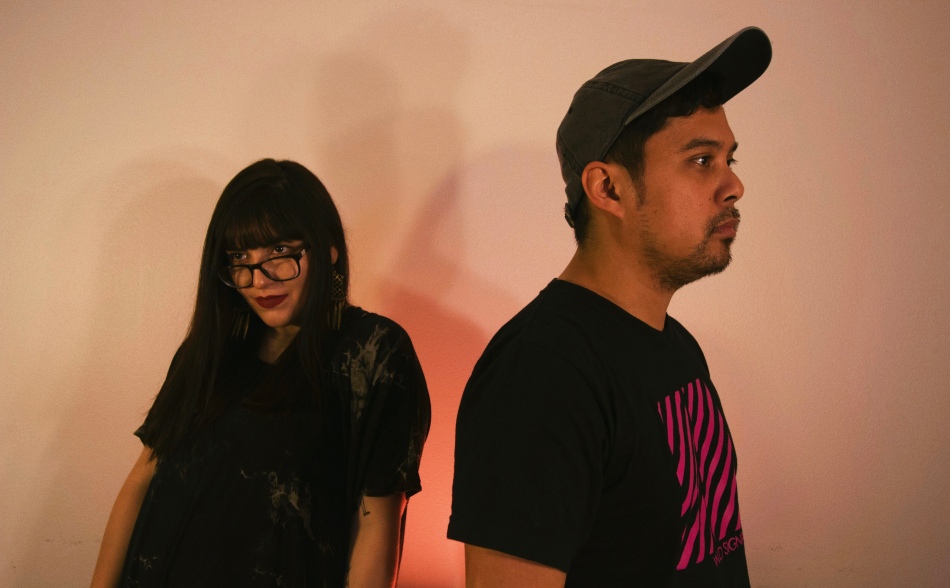 The direction on this album is a little less shoegaze driven than previous work – was this an intentional navigation or an accidental development?

Aaron Domingo: I think it was a little bit of both. During the early development of the album, we started with a conscious decision to pull back some of the layers that we had developed while producing ‘Collapse’ and aimed for a really minimal approach with the songwriting. This was before we began to deep dive into what this album was going to become and the places we wanted to guide our listener. Songs like “Getting Nowhere” and “So Close” started out as literal acoustic folk songs that over time, we would just tinker around with different ideas and arrangements; things that we felt would fit the overall theme of this album.

We eventually found all sorts of happy accidents once we knew we were on to something. Because the time and budget it would take to work this sort of thing out in a more professional studio would’ve been quite expensive, we were really lucky to benefit from taking on 100% of the recording and production ourselves at my house and a friend’s live space, allowing us to work in different stages of writing and demoing songs before going into the official recording stage of the songs. Just working at it until we had to think to ourselves “Okay maybe we should just bite the bullet and go into a proper studio with a producer,” but it all worked out!

Lauren Brown: Definitely agree with Aaron. I think our overall goal wasn’t to necessarily stay in one particular genre but rather write music that supported the thematic emotion behind each song. This resulted in various shifts throughout the record and as a team we chose to lean into that in order to shift the focus, to creating an experience for our listeners. It became more about connecting the album through the experienced emotion and less about the genres overall. Each song can be taken individually but we were also able to hide an intentional backbone to the overall flow of the record.

I know you worked with drummer Marilyn Beltran and bassist Aroldo Rios on the album – does this alter in anyway what you both have in mind during the songwriting process?

AD: It was a bit of a process because the live portion of Twin Oaks had consisted of quite a few rotating members until we finally locked in on where we’re at now. A lot of the album’s development came from the live shows through 2017 and 2018 when we were playing the Collapse and Living Rooms songs on stage. We were also bringing along a percussionist, Justin Liwanag, who brought a whole different energy to the band. It was an element we eventually knew we had to capture with the album and Marilyn and Aroldo were really huge contributors to that element.

It was mentioned that “See You When I See You was written from these themes of growth” that circulated from your 2018 EP, Living Rooms. With that said how was the songwriting process split among you both? Did you both throw out general themes you shared and expanded on them?

LB: I took on the lyrics and melodic structure and they created the sonic structure with the emotion in mind. The themes at the root of their creation, I suppose stemmed from which direction I would decide to take the song, lyrically and emotionally; Aaron would interpret them in his own way. There was a lingering idea of a broken down house at the center of it all and then they’d build upon that through their personal interpretation of each situation depicted in any given song.

Aaron would create the skeleton of the song and then Marilyn and Aroldo would then add onto that. Often times we would find that once we had the first general ideas mapped out, we would discover better ways to evolve the song in rehearsals spaces when all minds could get together and really flush them out. 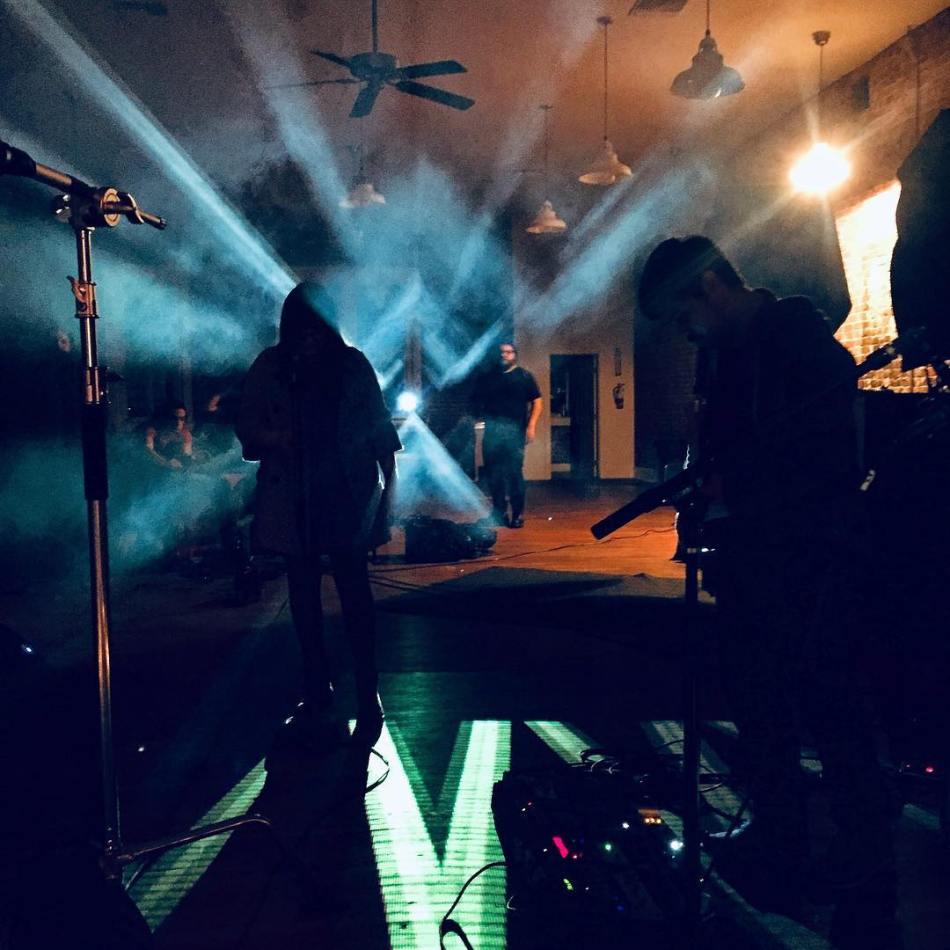 AD: The production and aesthetic part of the album kind of came to us midway through the song-writing. We were tapping into a lot of places in our own experiences, and I would harken a core inspiration to myself [which] was a David Lowery film, A Ghost Story, the one that came out in 2017.

The film’s cold aesthetic and overall story about this wandering spirit living his former home for the rest of its days, and watching the people that come and go through this house, and its existential themes on memory and time. That film sort of drew a lot of the influences to help form the connective tissue between songs throughout the album.

What are some topics that was shared on the album that you hesitated on, considering it all seems very reflective?

LB: Well, there is a beauty in the ability to openly admit what makes you, you, even if at times, it’s ugly. I dived into this record with this in mind but also, I was sincerely uncertain about taking this approach. It was a milestone for me when it came to leaning into vulnerability about such personal experiences. With the intent of keeping some ambiguity to the songs, I touched on things like navigating the passing of one of my sisters, surviving child abuse, facing depression, navigating various forms of loss, dealing with shame, failed expectations and experiencing infidelity within a 5-year relationship.

There was a strong need to be honest but also caring in my delivery of each story because of the weight behind the conversations. My general hesitation to being as open as I chose to be, was the fear of how I might be seen and most importantly how the people in relation to each experience could be looked at. So, I really aimed to write the songs in a way that would not demonize the people involved or myself, for simply being human beings. I also worked hard to keep the lyrics “indirectly, direct” very much as a 3D puzzle; you’ll see it if you do and should you choose to. 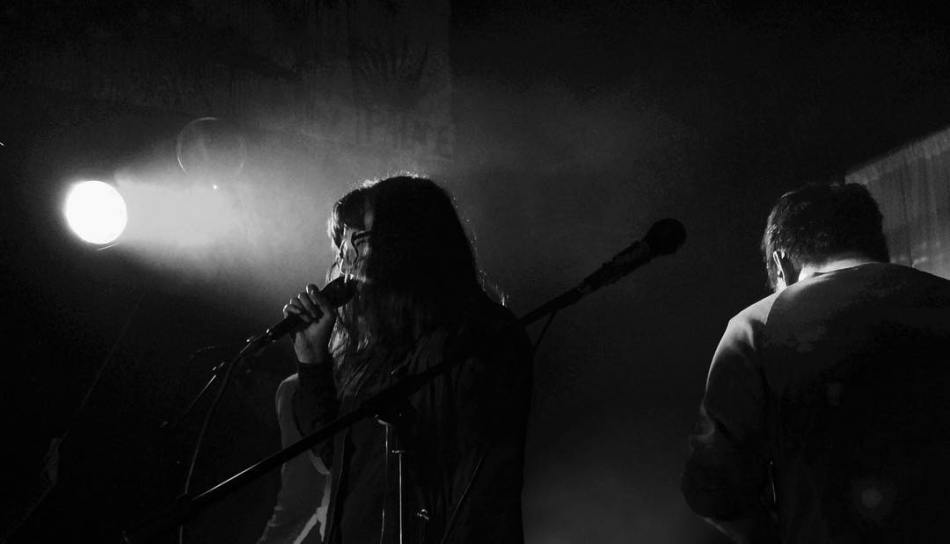 When I explained this idea to Aaron, he knew exactly where to go from there and how to establish the sonic structures to embody the emotion behind each song. It was very integral to me that the emotional value not only be conveyed by my voice and words, but also by the music itself and the band understood this. This reflection I like to think is discreetly hidden in every facet of the record, even in the duality found within the name and why See You When I See You was chosen as the name. My intent was to reflect both on the act of saying goodbye in passing and the recognition of ones self, when the time comes.

One of the more surprising tracks, speaking production wise, is “Sister.” Curious of the reasoning behind the track and its placement between two very, atmospheric tracks, “Last Call,” and “So Close.”

AD: As we were going through the track listing, it just felt like a good breaking point for the album. I sort of thought of it as the heart of the album’s entirety. It’s that moment where time stops and you’re allowed a moment of contemplation just before it all builds again. 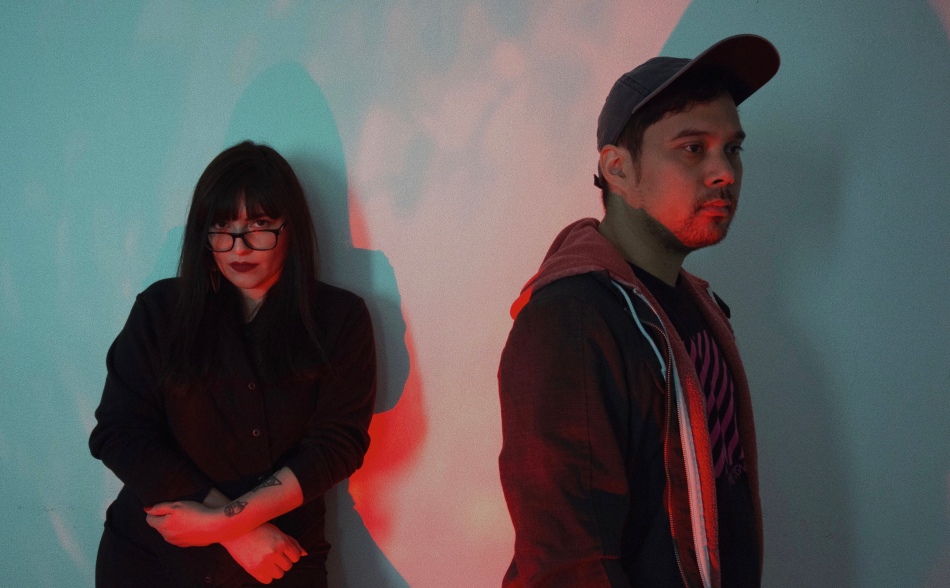 You did a live session with Jellyhead Collective in Pomona a while ago that just came out, which is beautifully directed by the way. How did you both choose which songs you wanted to perform for this live sesh?

AD: “Montauk” was the first single we released as a little teaser for the album back in October and we wanted to treat it as sort of a nice introduction for what was to come. “Collapse” is just one of the really fun songs we like to play live, especially with Justin who shows up as a second percussionist for the song. It was also the first song we worked out with Marilyn and Aroldo, as this new formation of the band, that we’d developed all together and it was just a piece that we really wanted to showcase.

LB: We really worked hard to write this album in a sense that the listener can choose what song(s) speak to them. That was important to us, to create something that allowed an overall experience but at the discretion of the person listening to the songs. With that in mind, we truly hope our fans enjoy it.

AD: We have a few local shows coming up for the Summer and thank you to everyone who’s given our songs a chance and has stuck with us. We hope we can meet you all soon! 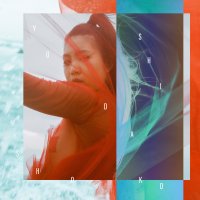 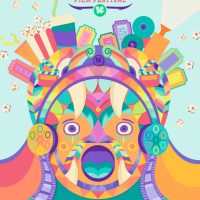