Hypnotic, delicate, and sensually brooding, Montreal’s Janette King reaches into a realm of past love to visibility on her latest track and accompanying video “Starlight.” What is stated as “moments shared with a past lover,” the chemistry between King and producer Braedon Lim are gorgeously displayed on the track’s soundscape, while the visual holds a stirring representation of beauty within women.

Directed by King, the producer, multi-instrumentalist and DJ implements her own spirited intimacy throughout the video. King entices a meditative state alongside her fellow The Crystal Light Collective members — Soft Honey, Shaemara, Tigerwing, and Vica — for an ethereal yet stable portrayal.

Shifting the narrative of what strength looks like, the delicate and dreaminess doesn’t dilute the meaning, but rather embraces each side and admires the act of stripping the human veneer. The repetitive lyrics of existence, “We existed in the light of spring / We existed in the dark of the night / We existed under starlight,” sees King and her entourage throughout each moment of time.

Marrying the loving lines by King to the contemporary R&B and deep house structure, this fanciful sheen of electronic allows for an overall smooth production. King’s light vocals enthrall, and stir a positive embrace of consciousness. Sonically or visually, King extends a note of existence. A listener or viewer will walk away with an earnest sense of themselves, which at times can be lost in interpretation, but has always been shown throughout King’s work.

The artist recently lead a workshop to provide LGBTQT + BIPOC + Womxn information on how to receive funding and properly apply for FACTOR grants (a Canadian grant for artist development), as well as her involvement with Lux Maga Festival called “We Are the Light,” which focused on providing a space for Womxn of Colour / Artists of Colour.

King is set to release her upcoming EP, 143, this spring, and will be embarking on a Canada – U.S. tour afterwards. 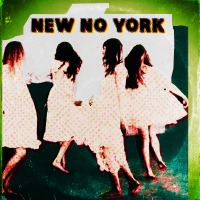 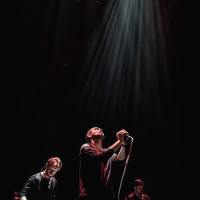