Calvin Omari’s first introduction leaves a listener quarreling with their own breath in attempt to process what was just heard, resurfacing a retrospective tinge of thoughts. The Maryland and now Madrid transplant carries a sophisticated stance that glosses over contemporary R&B and a heavy dosage of textured instrumentation and samples. Verts Intro is anything but a silent greeting from Omari, yet doesn’t demand attention; it allows it.

Delectable and dreamy offerings are crafted into separate ideals that are only rooted back together by their soulful delivery. Purposeful pauses illustrate sounds in a different medium throughout the EP and highlight an intimate side of Omari. Despite its release towards the end of 2018, Omari’s shudder, productions, and emotive conveyance on Verts Intro are fresh for the New Year’s cycle of emerging artists. 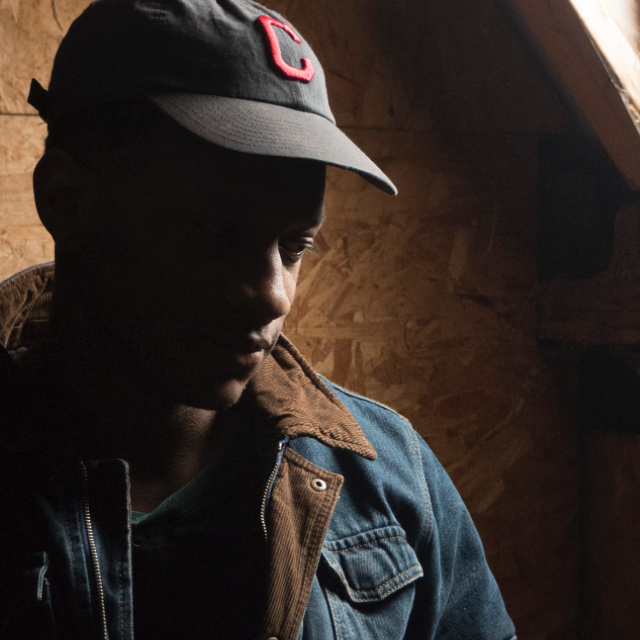 The EP’s first single and opening track “La Rioja” draws specifically from a location and mindset, overall setting the mood of the EP. Fading into a backwards hymn, the spiritual notion lingers for the four minutes beneath’s Omari’s low, mutters. “The track is about failed love and person insecurities in relationships. I was living in La Rioja when I was making this, and it right that I call it ‘La Rioja’,” states Omari.

Samples break bread with the track by the third minute, taking Omari’s tone to a graceful harmony before beginning “Chords II,” which acts more like an interlude than the 5th track bearing the same name. The two minute dissertation is simple and vulnerable as whereas “Interlude” is an extension of melancholy, featuring Matt Thomas and Brandon Fingerman.

Heavily drenched soulful cuts such as “Axhording II” carry a heavier cross of longing verses rapped in a monotone statue. “94′ Mariselle Chevy Astro” follows in the same vein as its predecessor through a slow burning tempo, leading with a prominent bass riff and becomes an instant favorite.

While the majority echoes a raw and rough recording of intimacy shared with the listener, each track still manages to hold on to quaint differences that are wrapped up towards the end. “Washington” expands on atmospheric and lo-fi traits that drift towards an open love letter and seems to continue on the praised hymn, “Pleasant Grove.”

“Wasting Forever” becomes one of the stronger designed and delivered selections on the EP. Possessing a gospel backing that swims through Verts Intro, “Wasting Forever” and its spirited soul remains untouched. Omari’s tone is calm and collective as he recollects different timestamps in his life, painting the bittersweet picture of waiting and being used –“I’ll be your raft in the ocean.” The rhythm section snaps Omari from the somber slumber and into a celestial level of  melodic enlightenment. Also featuring Brandon Fingerman, the transparent layers softly lead into the final track, “Berghain Waiting.”

Acting as the EP’s outro, the track revisits the “insecurities” as the intro did, but with a better psyche, having cathartically explained tracks prior. Small traces of G-funk are finessed on the keys and slowly muffled towards the end for a brassy, and airy saxophone solo. The colorful gauge in which Omari has created for himself seems effortless, and stands to affirm that further projects will be just as crisp and fresh.