Liverpool duo, Adele Emmas and Christian Sandford, shed their former moniker as Feral Love and Bird, and evolve into the art-pop ensemble, St. Jude the Obscure, taking their name from Thomas Hardy’s bleak novel. Despite the inspiration that cuts their cloth, the duo’s poise is anything but anguish, but of inspirational and cinematic, synth-pop glory. Their latest video for “I’m the Wolves” is a testament to their evolution in sound and demeanor, allowing the longing whisper of freedom to effortlessly be exposed.

The duo explains: “’I‘m the Wolves’ is a song about independence and freedom of spirit, the need to escape a somewhat chaotic world and to reconnect with the simplicity nature. It celebrates how strength can be found in vulnerability and choosing to walk your own path even though it might be a solitary one at times.”

As the opening echoes begin to grow with depth, the track leaps towards a grander scheme of sound, basking in the soundscape of delicate keys and potent backing beats. The video, directed by Rob Godfrey, features a simplistic and abstract view that embodies the vastness of life, seen through the vivid and expansive scenery. Ross McCall brings these sentiments to tangible feelings and thoughts through his choreography and fluidity on screen. The direction focuses on McCall’s movements, panning to each tightened muscle, subtle scars, and limber stances. Emmas’ angelic vocals tingle beneath the shimmering production, hauntingly uniting McCall’s will on screen. 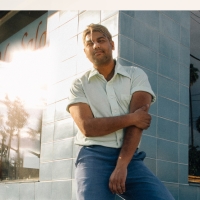 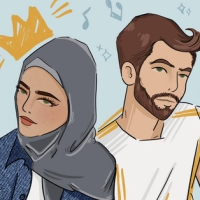 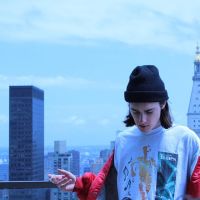