San Diego hides some pretty sweet gems and peaking out on the scene are eclectic dance rock trio Twin Ritual. Laura Levenhagen (vocals/synth), Anthony Ramirez (bass) and Nathan Leutzinger (guitar) exemplify on their debut EP, Hand Through The Mist, with former drummer Lionel Hernandez on the record, and live drummer Michael Buehl. The four track offering caters to a momentous amount of heart throttling rhythms and ambitious compositions. Hand Through The Mist balances synths with indie-rock for a defining statement of the band.

“Is it Paranoia” blazes as a strong opener to the band’s EP alongside Levenhagen’s sharp vocals digging into the bass lines. The track leaps from speculation and mistrust that casually melts into the band’s dominate single “Angry.” Both tracks go hand in hand and feed off each other’s uptempo delivery and sparkling synths.

The EP’s self-titled track,”Hand Through The Mist” defines the versatility of what the band is capable of  delivering. Riveting bass lines pull the track towards a hushed lull as the the energy begins to build. Breathing into the shards of guitar strings being plucked in angst, Levenhagen’s airy vocals clean up the track’s rough edges. “You Talk” quietly ends the collection and is a standout feature amongst the four tracks. It’s a little sweeter with a cooler tone of Levenhagen’s vocals, delicately skipping over the potent rhythm section, and conveying one of the best breaks on the EP. Though we are a little late to the unveiling of the EP, Twin Ritual’s debut is well crafted and sits loudly in the ‘must hear’ bin of 2018. 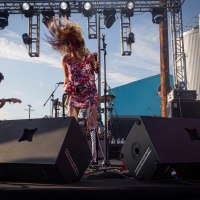 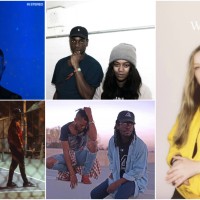 #NewNoise: Nnena "Work It Out" 💙 “‘Work It Out’ is a fun song to take your mind off the bullshit. I’m just a sick little bitch and dick is just floating around in my head. I’m goin’ out with my girls, dancing around the town and there’s a stupid guy around. Don’t want to give up the dick—dick is pretty controlling.” 📷 : Yana Yatsuk
#NewNoise: Indie-rock band, Lesibu Grand "Mi Sueño."😴 🌼“Dreams have long been a central theme in the African-American experience...Although we are separated by the passage of decades, I feel a connection to the people in our video through these shared dream types. With this video, I ask the viewer to imagine what their dreams — large and small, collective and personal, woke and sleeping — might have been."
#Discover: Annabel Lee’s latest track “Make Out” exemplifies the balance of alt-pop with the grit left on the underside of an angry combat boot. An animalistic lust protrudes in a cinematic fashion, flaunting the artist’s artful build.
#Videos: Vega Heartbreak & M.C share their beautiful open letter celebrating life through grief on their latest video and single, "MONDAY" ft. Young Marlee Mar. 💙 “I view my mom as a legend, she’s solidified but I wanted to honor her in a way that brought comfort to others that are dealing with the loss of a loved one. It’s OK to hurt." - M.C
Memory Milk spreading love 💕 🌸at Los Globos 📷: Janette
Happy V Day 🖤🍻GUM loves you, well kinda.🖤 Don’t listen to Morrissey alone tonight. #happyvalentinesday #thesmiths #500daysofsummer
#Discover: Los Angeles-based multi-instrumentalist, producer and fashion designer, Tatiana Hazel, shares her latest indie-pop cut “Hasta Que” (As Long As), co-produced with Drew Polovick. What comes as a preview for the artist’s forthcoming EP due this spring, Tatiana brings to light what needed to be put to rest for a future to come alive.
#NewNoise: “Everyone’s been broken from something. You smoke some weed, you fall in love, they turn out to be a fuckboy, you’re with someone shitty, you break up, you ghost them, you still love them, you resign, you meet someone new and there’s hope again.” 💀 Stream Raquel Lily's latest single "I'm Leaving" taken off her forthcoming debut EP. The track is a soulful classic nod of R&B, great groove fills, and speaks on a timeless strength of walking away.
Advertisements
Advertisements