Driving, exaggerated synth lines are drenched in a cooler shade of black as LA-based trio, White China, explore the moment of well earned euphoria on their latest track “Shake.” Comprised of Gianluca ‘Luca’ Buccellati, Sanj Buccellati, and Aaron Bernards, White China’s stimulated arousal fuses the likes of dark-wave to an 80’s inspired progression. Sensually presented with stirring emotions, the track’s overall demeanor provides more than an orgasmic bliss, but of a longing dream.

Frontman Luca further adds fuel to the flame with his breathy and wanting tone that encapsulates the lo-fi synths. Simply structured around a repetitive structure, the addictive nature of wanting more is the kicker of the track. Luca’s lines hummer over a murmuring bass, “Shake it for me baby, shake it for your man,” as the tangled layers of synths grow in endowment.

“This was one of the first songs written for the project and was a defining moment in finding the sound for the band,” Luca explains. Taken from their forthcoming debut LP, I, “Shake” and its sensuality draw listeners to the early stages of curiosity — which is a beautiful defining moment of sound. 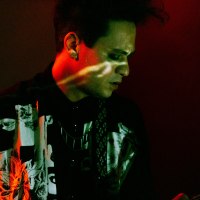 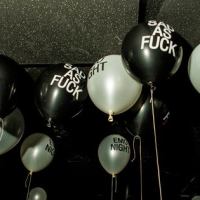