Named for the warrior goddess from Hindu theology, Flames of Durga is  Los Angeles-based rock trio. Identical twins Beah and Ceci Romero supply vocals, guitar and bass with percussion by their bandmate Nate Million. Flames of Durga’s music is comparable to a number of legendary acts like the popular 80’s rock groups Heart and Van Halen who incidentally also feature siblings working together to produce music. 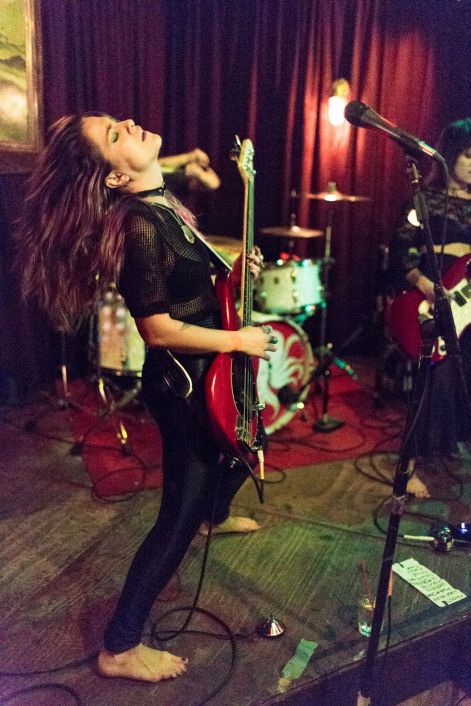 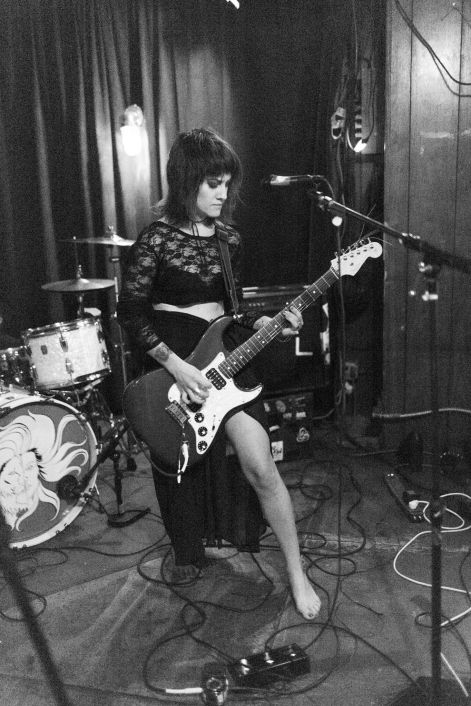 Their bass-heavy rock ballads with grunge-inspired vocals command respect but even more so, Flames of Durga demonstrates impressive work ethic when it comes to their music. On their first tour, the band played 14 shows in the span of 15 days across five states in North America. Shortly thereafter, their EP was released in the Spring of 2017. After that, it was back to the recording studio with an abundance of new material to work on as the band prepared for their second tour and the objective of releasing a full-length album before the end of the year. They also are in the process of selecting a song off their debut EP for a music video they hope to release very soon. Although no final decision has been made, the band mentioned that “Sugar Or Cream” is a serious contender.

I caught up with the group after their recent show at the Redwood Bar in downtown Los Angeles. Beah, Ceci and Nate returned from their second tour of the United State and Mexico in late June with an unexpected fourth member; a stay puppy they adopted during their time in Tijuana!

“There’s this super rad grunge scene out there,” says Beah when discussing their first-ever experience touring Mexico. On this tour, Flames of Durga played 15 shows in 18 days in five states and Mexico. “We drive a sh*t ton of miles. Usually we can fit three people and all our gear into a van,” says Ceci of the challenges presented by life on the road as a touring band, hungry for opportunity to share their music. “You get tough from the whole thing, touring is a bonding experience” says Ceci, a sentiment shared by her bandmates. Flames of Durga was met with an encouragingly positive response from audiences throughout the duration of the tour. “We tested out some of the new songs on tour” says Beah, noting that the band in encouraged by the positive reception of new material. The band is eager to translate the live energy that has afforded them such popularity into their recorded material.

In the very near future Flames of Durga is looking forward to playing at Echo Park Rising, a free all-ages music festival hosted by local businesses in Echo Park, Los Angeles. Last year, the band played at a bar called Little Joy and was ecstatic to learn that this year they will be playing The Wild Riot x The Pretty Cult  which is an outdoor creative compound hosting live music during the Echo Park Rising festival. Flames of Durga will take the stage at 2:40 pm on Sunday, August 20th, a belated birthday present to the twins who will be celebrating their shared birthday on August 19th.

ALL PHOTOS BY: Preston Thalindroma