Regardless of what you’re doing, starting is the hardest part. So, what do you do when you’re new to a city, the music scene, and don’t know where to find an opportunity? Easy– you create your own.  Ashley Kervabon, creator of Women Crush Music, fell into this situation and took it upon herself to create a monthly showcase in Portland to connect and highlight the talented local female songwriters. Kervabon’s initial thought continues to grow in 2017 as #WomenCrush expands into cities like NYC and Nashville, and in the future, Los Angeles.

Becoming an additional resource for women in the music industry, Kervabon’s “hub” is more than like-minded females swimming through the same industry, but a community supporting each other. Proving true to the statement of needing to be close to the problem in order to find a solution, Kervabon’s outlet is a start, not only for support, but to bring up the continuous issue of gender inequality, especially in the music industry.

With so much going on in Kervabon’s busy schedule, she graciously answered my questions that I disclosed and repeated the lines, “I don’t want you to think I’m attacking you.”  Kervabon laughed while answering every question honestly and with a sense of passion that can only come from one who experienced the downfalls herself.

Girl Underground Music: I admire that instead of looking for an opportunity you “created” one in the form of the local showcases. Instead of why you created this, why do you feel that you need to continue this movement?

Ashley Kervabon: Well – aside from the fact that I’m having a blast doing it, it almost feels necessary. I think there’s a reason it has developed and grown so quickly and that reason is that we need each other, maybe now more than ever. And by we, I mean us women. I was never a catty girl, and I hate that there is that stereotype about us – that we don’t want to see each other succeed – because that’s really what #WomenCrush is about: inspiring and supporting each other. The music industry (like many others) doesn’t treat women equally – and women not supporting each other does not help our case in the slightest.

GUM: What were the most challenging instances you faced as a woman artist in the music industry?

AK: Oh gosh. Where should I start? [laughs]. My first instance ever was when I was 18 and I asked my favorite music journalist if I could be his intern at my favorite big-time music publication. He said to me that it would be a waste of time because this publication was an office full of older white dudes – in other words – no place for a young, half-Latina like me. Then a year later, being tricked into going to a well-known producer’s studio – only to find out later that his intentions were not to help me record my music when he tried to take me to his bedroom.  And then there were all of those times I wasn’t taken seriously when I was in an all female rock band and we weren’t booking gigs.

GUM: How can we change this?

AK: The list really goes on but I would much rather talk about how we can change things – and the truth is I don’t know. But I do know that #WomenCrush could be a start. There are plenty of women and men who already acknowledge that things have to change and I hope that by all of us coming together to create more opportunities for one another, the rest of the industry will catch on.

GUM: Let’s talk about #WomenCrushPress. With experience in the Music PR industry what are the struggles that you have experienced for female artists, if any, and is this reason why you created the PR aspect to #WomenCrush?

AK: There are very few blogs that are continuously supportive of female artists (GUM is a goldmine!)- even less so when it comes to genres like rock or hip-hop/R&B, but that actually isn’t why I created the #WomenCrushPress aspect. I created it because I’m an artist too – and I think that really makes what I’m doing a different experience. I don’t want to call myself a publicist but rather a PR consultant. Yes, I will run campaigns for artists but I prefer charging on a sliding scale and guiding them through the process, as much as they want to be involved. No artist is the same, and therefore their campaigns shouldn’t be either. I think it’s important to cater to artists based on what their needs are and what they hope to achieve, short and long-term.

GUM: There are male artists who go through similar struggles in the PR realm, would you turn them away if they needed help?

AK: The answer to this is not really? And the reason is this: I know who my contacts are. I will 100% work with a male artist to teach them how to do their own campaign – but actually run one? I’m not so sure because I don’t know how much help I would really be. I’ve made it my mission to partner with blogs and other media outlets that are looking to feature more rising female artists and because of the name of my business, #WomenCrushPress – they are expecting and rely on these kinds of pitches from me.

GUM: The verbiage on the site is very easy going, but ironically there was something that caught my attention. Stated under the “why join #womencrush” you end with, “…making the industry a little less scary.” – Isn’t this in itself demeaning to women, assuming it all would be “scary” or that women are unable to deal with this alone? –Why did you settle on this explanation as a form of empowerment?

AK: I’m not sure I meant it as a form of empowerment – I think I was basing that statement off of my own personal experience – which is now making me think could be taken the wrong way for sure. The music industry is scary! And this is where I will say that I am sure it is scary for men too! But the reason I don’t vouch for men in the industry is because I am not a man, and I personally don’t know what it’s like to be in their shoes. But I do know what it is like to be a woman – to fear working with male producers because you don’t know what their intentions are. Having to confront a male promoter about not giving your all female band an even split of your already agreed upon door-deal. I went through these things and continue to deal with similar issues every day. I have gone through this alone and have used these experiences to fuel my motivation to get #WomenCrush out there. I don’t doubt that we can all get through this alone – I just don’t think we should have to!

GUM: As a woman, I understand (these) frustrations in any line of business, but in the process of creating something for women, is this helping or hurting the overall issue? – Only fueling the exclusion versus inclusion?

AK: I think this would be the equivalent to not talking about something to make it seems like it doesn’t exist? If that makes any sense. Like any other “taboo” issue (I’ll note the ones that are important to me): mental illness, immigration rights, Planned Parenthood – the only way to change the way people see these issues is to bring AWARENESS. If not anything else, I would want #WomenCrush to do just that – to bring attention to the exclusion.

GUM: Coming from simply an artist’s perspective, what do you want to see come from this?

AK: My dream scenario would be this: let’s say you have just moved to a new city and are trying to get into the local music scene. Need to know where to gig? Need to find band-mates? Don’t know where the industry people hang? Message your local #WomenCrush contact to find out! I want the #WomenCrush movement to be so big that every artist knows that’s how you connect with other artists and the rest of the scene – and that every industry person knows, this is where you go to find talented female artists.

GUM: Tell us about your July 8th and July 9th Showcase in Portland that benefits Planned Parenthood.

AK: I’m going to start by saying that I feel very lucky – l’m healthy, I’m loved, I have a roof over my head and food everyday, and I’m building an empire (aka #WomenCrush)- and because I feel lucky, I want to make sure that I’m giving back to whomever I can. Planned Parenthood is an organization that has not only helped me but helps literally millions of men and women every year. Now more than ever, is in need of our support and as a woman who is leading a community of women – I feel like it is obvious to do what I can to help. I am lucky enough to be teaming up with the Portland Saturday Market – which easily gets thousands of people passing through every weekend, to host this two-day music festival fundraiser. We’ve been collecting donations from local businesses to raffle off in between musical acts to raise money for the cause. In addition, there will be speakers from Planned Parenthood at the event for anyone who wants to learn more.

GUM: Any artists in particular that we should pay attention to?

AK: ALL of them! We’ve got so much talent in our Portland music community! This will also be my first real solo gig in a long time (stage name: Ashley Xtina) – I’m beyond excited to be planning, hosting and performing!

GUM: Through this whole process, what is one thing you learned?

AK: You have nothing to lose by asking for help.

GUM: What is the next step for #WomenCrush?

AK: More national AND INTERNATIONAL expansion. We’re headed to Vancouver, BC next month (line up TBA) and partnering up with Play Like A Girl in LA this fall – more cities like Chicago and Seattle (maybe even London & Paris?). Free educational workshops for artists, an annual festival with industry speakers – keep up with us on our website – womencrushmusic.com.

GUM: Thank you for your time, is there anything else you’d like to add?

AK: #WomenCrush is growing – so if anyone wants to be involved (artists and industry folks), please reach out! I am so thankful for all of the support we’ve gotten thus far – and it wouldn’t be possible if it weren’t for other boss ladies in the scene like the one running GUM! ❤ #thefutureisfemale 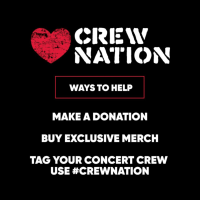