Day two of the Goldenvoice “mutligenerational” fest — Arroyo Secco Weekend– held in beautiful Pasadena continued it’s array of eclectic and soulful artists, one being the Bay Area 7-piece, Con Brio.  The band’s fluidity and transitions throughout their set created a hypnotic pull that engaged every festival goer throughout the Willow Stage and those outside who caught wind of the funk. Front-man Ziek McCarter walked on stage with confidence and an energetic light bursting at the seams.  Breaking the ice and noticing some still were relaxing on their blankets and towels during the midst of the horns, McCarter asked, “Did you come to watch? Or did you come to have a good time and rage with us today?”

As the crowd began to find their rhythm in Con Brio’s immediate pull, McCarter delivered track after track with no visibility of slowing down. The San Francisco-based band’s funk and soulful rock demeanor contains the right amount of adrenaline and heart, it makes it easy to lose yourself in the music. Throughout the duration of the set I still could not believe how McCarter managed to pull off back-flips, high kicks, and synchronized acts of raw emotion.

As the sun began to wind down, I was able to catch some words with McCarter who seemed to welcome me with a different sense of energy; not as vivacious on stage, but natural and relaxing. 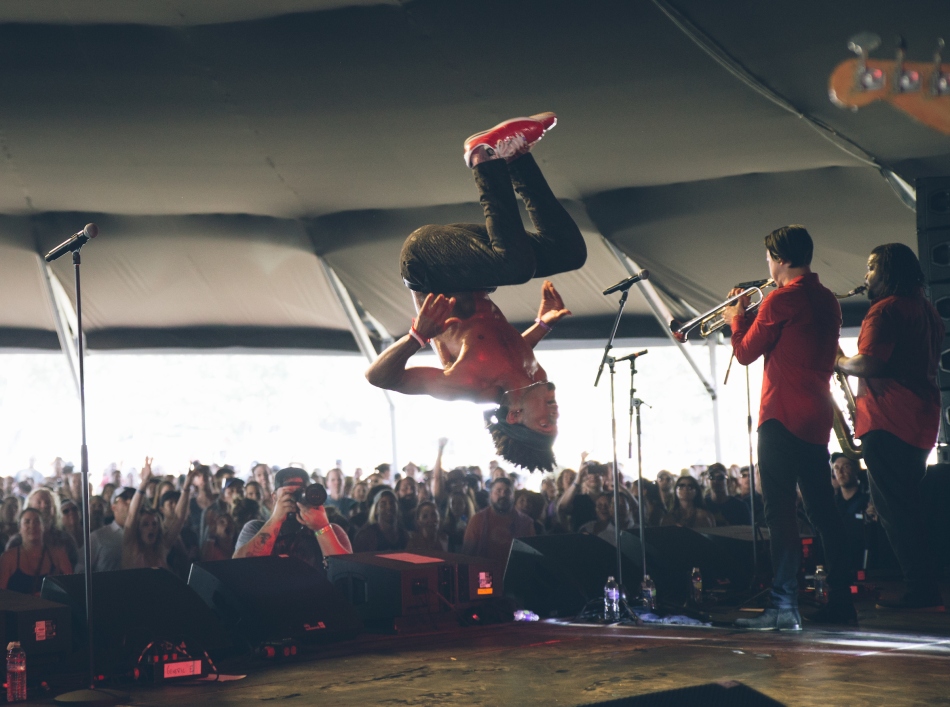 Girl Underground Music: “I saw your set, it was amazing. How do you have the energy to go up on stage and start dancing like that – are you insured?”

Ziek McCarter:  “[laughing] Am I insured to?  – I do not have insurance.  I’m just playing I do, I’m just very passionate about performance art for… since I was a toddler. I love performance art and music has been the vein that has come out the strongest for me, I’ve always been passionate about performing on stage, even before I knew how to write a song, it was just like I knew I wanted to be in the industry just off the performance aspect. I learned how to sing, learned how to write songs, learned about music theory but the first and foremost is the performance and that’s what really inspires and connects– music does as well — (it’s) like the messenger of the music.”

GUM: “Yeah, I can tell. Do you feed off of people’s energy?”

ZMcC: “I do. I feed off of people’s energy, I feed off of little things, also just feed…not to sound vain, but like I dig into myself….”

ZMcC: ” [laughs] Yeah, I dig into myself a little bit and just have that come out. I have it bottled up for a while and when I hit the stage it’s just [explosion].”

GUM: “How did you get that influence; that funk, that soul influence from the Bay?”

ZMcC: “The bay area is historically known for that psychedelic funk, rock, you know Santana, like um, Tower of Power. There’s a couple of bands and artists that come out the Bay Area that like really held the torch in a way for funk and R&B, and just for delivery of music, that you know we were inspired by, and used to play jam sessions and cover those songs just like, just a part, I don’t know, just a part of the scene. There’s still like the Haight / Ashbury neighborhood, still exulted just because of the whole hippie….” 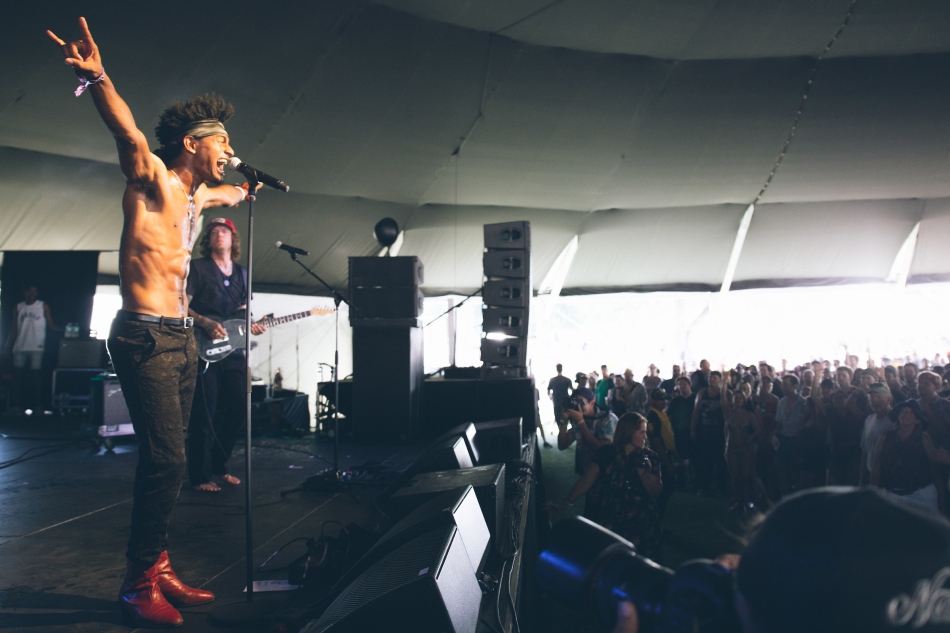 GUM: “How did the 7 piece even go together? Individually, I mean, each of you bring something to the table.”

ZMcC: “Differently in terms of how I’m doing something, the way I wear the music won’t be the same way as someone else in the band because we come from different backgrounds, but the core is that we all share, we are all in agreement, we are in harmony within that, and the sound is pretty eclectic in terms of the influences that come in and out of it. We got some rock, we got some jazz, got some hip-hop, we got some funk, we got some, um, grunge rock, different types.”

ZMcC: “Yeah we have, we actually did a cover of ‘Heart Shaped Box‘ by Nirvana.”

ZMcC: “Yeah, we almost played it today but we had only had a 40 min set so we couldn’t fit it in there, so we had to come out with the hits. But yeah some influence from all over and um we all…kinda like I’m doing my two-step, but the guitarist is not going to do a two-step like I am but he’s doing it dope and 200% committed like I am. I am 200% committed so I think so that’s our strong part.”

GUM: “Man, towards the end of the set when you just took off your shirt  and started getting into it, I’m like how the heck is this guy still going, I’m dying already.” 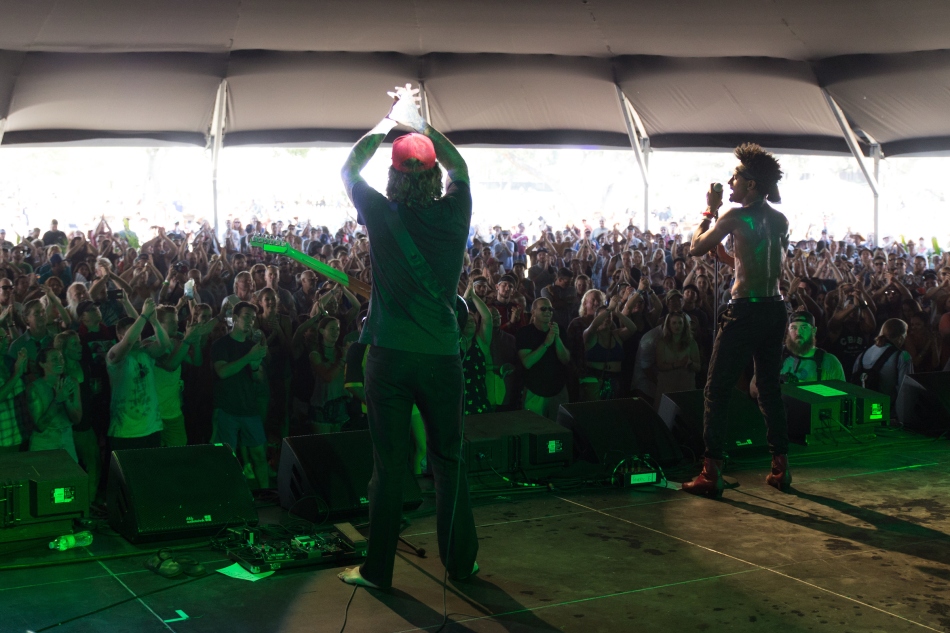 ZMcC: “No we’ve been touring for years. We’ve played all the major festivals, mostly all of them pretty much, Bonnaroo, ACL, Outside Lands…..”

GUM: “How was it to be put on a bill with those artists?”

ZMcC: “It’s you know, it’s like, just want to deliver and come with my best. It really wasn’t about the bill, it was about being in Texas because I’m from Texas. Just being inspired to be in Austin again, be apart of this major festival that I heard about growing up.”

GUM: “And the food is amazing, the main reason why I went over there.”

GUM: “The rattlesnake was good.”

ZMcC: “I never tried that.”

ZMcC: “[laughs] Originally from Houston, I lived in Austin for a year before I moved to SF.”

GUM: “Next time I talk to you you’re gonna have to tell me you tried the rattlesnake.”

GUM: “It was rabbit rattlesnake.”

GUM: “Yeah I thought, you know I was there and they have sauces too, might as well.”

ZMcC: “What kinda meat what is it similar too?”

GUM: “Umm I can’t compare it to anything, I really can’t. The texture …

ZMcC: “I had, I’ve had some pretty interesting things. I ate a fish eye in Japan, like an actual eye… it looked like an eye [laughs].”

ZMcC: “Yeah it was pretty squishy.”

ZMcC: “It was pretty soft.”

GUM: “What compelled you to eat that, because you were there?”

ZMcC: “Yeah and it was the right time I guess [laughs]. We got dinner after every show in Japan and just wanted to soak up a lot of the local, you know, the norm of what Japanese eat. I eat sushi in America, but it’s not like eating sushi in Japan, it’s also not eating fish eyes [laughs]. There’s a couple of different things we tried out there but that was, Japan — I tried some weird things there.” 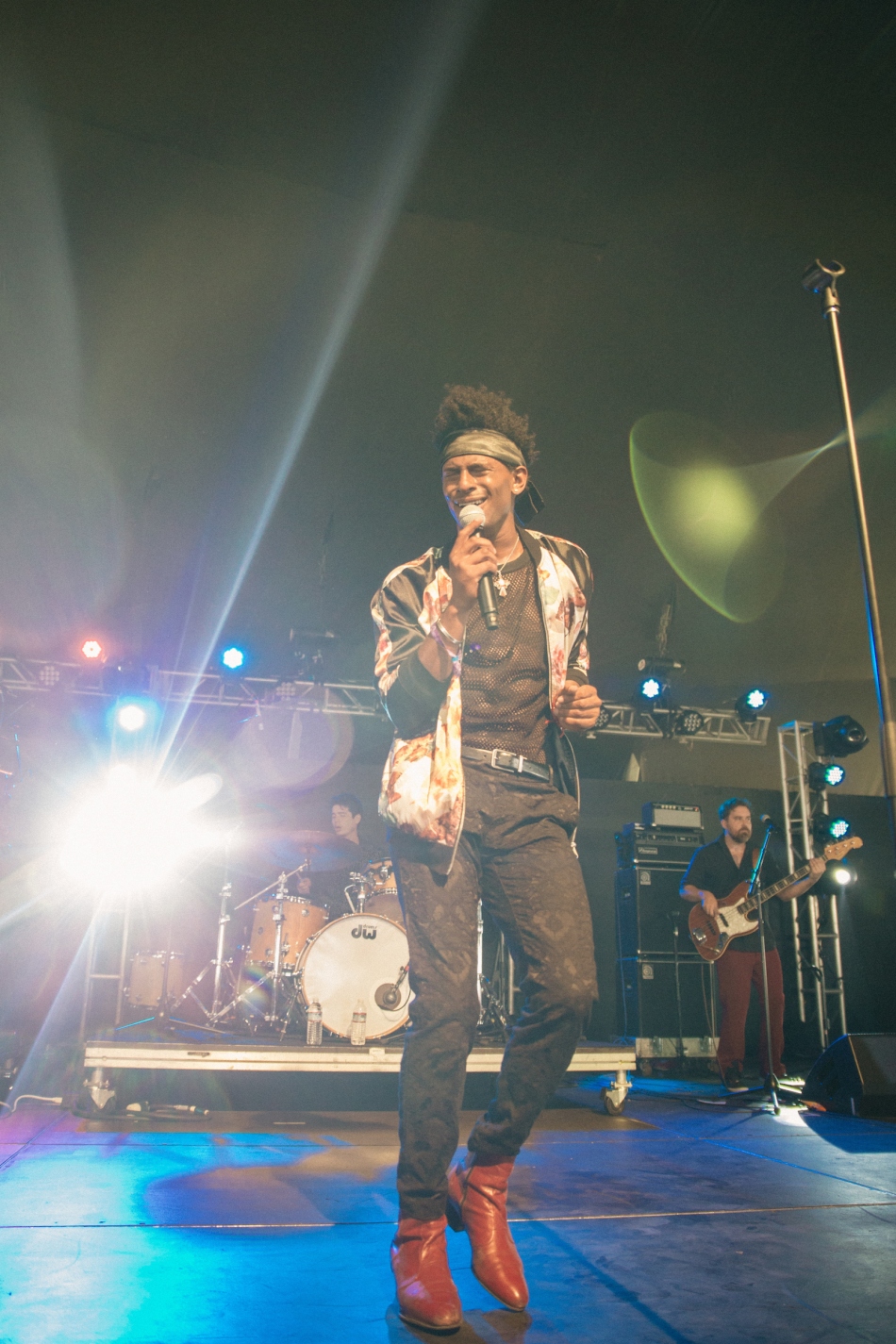 GUM: “Does touring and absorbing other people’s cultures, does that play an influence when you guys are writing songs?”

ZMcC: “It hasn’t, not so much yet. We’ve been to these places a couple of times, but more so inspired by the energy that they bring at the shows, and that they bring, just when you meet people there, that is inspiring.”

GUM: “What place has had the best energy so far?”

ZMcC: “Honestly, loved, people welcome us everywhere, the energy is great everywhere. In terms of shows and performance level, Japan was really– they set the bar high. Their energy was just, they were ready to party, they were ready to have a great time. They were people that were moshing. Can you imagine? Seeing our set but like a field of raving fans just like moshing to our music. Like the last song we played, they were literally just like [moshing noises]. I’ve never seen that, never expected that. [laughs] That felt pretty rock n’ roll.”

GUM: “That’s crazy that the funk has gotten to that level.”

ZMcC: “Yeah they were just like [moshing noises]. We played three shows there, the 2nd show I had a railing in front of me, they were literally just like shaking, almost breaking the rail, it was ridiculous…but we were delivering and they were receiving, and they sent it right back to us, it was crazy; but yeah they set the bar pretty high.”

GUM: “I mean, the album in general has energy, seeing you live matches up to that, I wanted to tell you that as of now you have such a great energy.”

GUM: “Anything else you want to add?”

ZMcC: “We’re back in the studio, working on a new album. New single coming out in the fall, still touring, all our dates are on Con Brio’s website. Paradise is out, glad you’re enjoying it. The magic is that face value that real thing when you get to see us. We love writing and performing, I especially love it.” 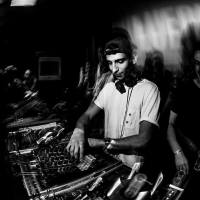 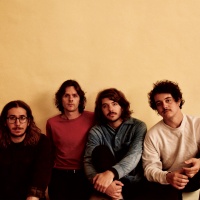