Craving a generous dose of cotton candy-bubblegum synth pop? Look no further – you’ll find yourself a mouthful in the newest release by LA’s Chinatown residents Hour Of The Time Majesty Twelve, aka HOTT MT. From their quirky monikers – Ashi Dala and Spooky Tavi – to their music videos, reminiscent of the 2am slot on public access television, this musical duo does not disappoint in the realm of the strange and ethereal. If you are concerned that all this weirdness is just an act, consider that the two once showed up on the doorstep of Flaming Lip’s lead singer Wayne Coyne – in Oklahoma City, mind you – on the morning of his 51st birthday, in order to request an artistic collaboration. And they succeeded. Now that’s some powerful eccentricity.

HOTT MT’s latest single “Tranceforming” is a grand wash of sugary sound, so sweet that it plays out a bit like the board game Candy Land in musical form. Supported by billowing pillars of synth sounds, Singer Ashi Dala’s breathy vocals float above a broad landscape of chords that feel nearly touchable in their expansiveness. The trippy visual accompaniment to the song, which was produced and directed by the band in their own downtown art space, features mundane shots of Ashi Dala intercut with psychedelic imagery, adding yet another layer of technicolor absurdity to the track.

Sweet tooth not satisfied yet? Thankfully, HOTT MT’s brand new LP AU (Alternate Universe) just dropped via the band’s personal label, Mutation Records. If you happen to be around East LA, they will be premiering this very album at a Chinatown warehouse on May 19th for the very reasonable admission price of free (event details can be found on the band’s Facebook page). 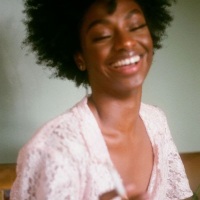