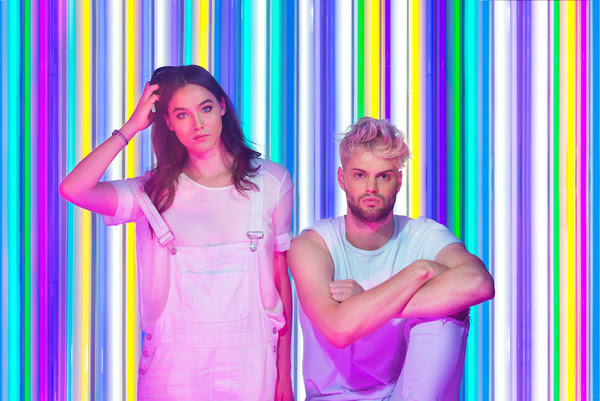 Brooklyn’s own electronic duo Sofi Tukker takes very seriously the task of bringing the flavors of world music into the dance music genre. In fact, although one half of the pair hails from Boston and the other from Germany, their biggest hits sound like they’ve come from the heart of Brazil, complete with Portuguese lyrics – how’s that for eclectic?

Their recent single “Johny” was released about two months ago, and they’ve supplemented this catchy track with a killer remix by Turkish DJ and producer Faruk Sabanci. The remix highlights the song’s earthy beat and guitar licks that sound like a mixture between surfer grunge and spy movie chic. On top of this, it adds a rich layer of horns and drums that kick the danceability into overload. Don’t worry if you don’t speak Portuguese – you don’t need to understand the lyrics to grasp that front woman Sophie can spit verse like a champ – and it’s not even her native language.

Hot off their recent Grammy nomination for best dance recording, Sofi Tukker obviously doesn’t plan on slowing down any time soon. If you missed their show at the El Rey in February, don’t worry, the duo will be running this year’s festival circuit, including both weekends of Coachella. If you like to dance, their set should be at the top of your must-see list.