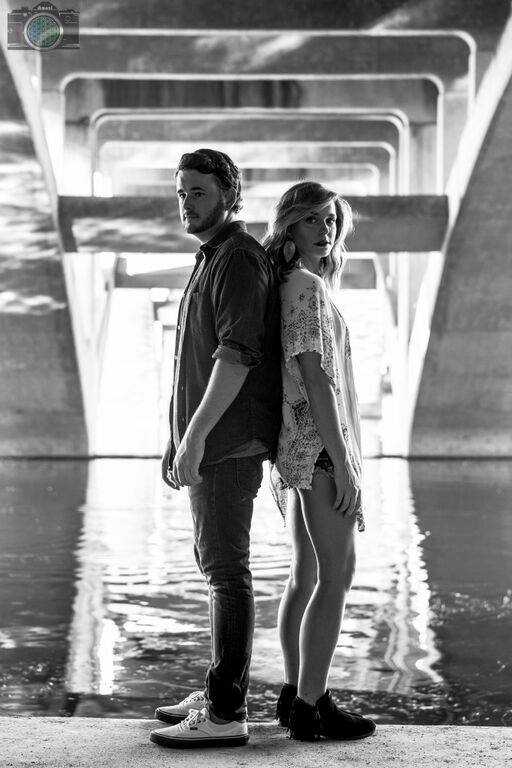 Austin-based quartet, Taylor & the Wild Now – Taylor Baker (vocals, guitar), Drew Walker (guitar, trumpet),  Michael Gonzalez (drums), and Alex Browne (bass) – return to follow-up their latest successful single “Salt,” with a indie-soul track that does not stray too far away from their Texas roots. “Gold Dust,” set to be released December 4th, on iTunes, Spotify, and other musical outlets, begins as a soulful ballad played against a warm guitar, which eventually builds into a musical emotional stance in growth. The band’s rise from folk and soul, slowly blends with a modern alternative base which allows the track from becoming more than another lost folk ballad.

Baker’s soft voice mimics the remains of ‘dust’ she expresses through tone as the song progresses to the chorus, “There used to be gold dust coming out of your mouth.” Complementing Baker’s vocals, guitar riffs peak, and weave in and out the drumming, which ultimately sets the color Baker is reminiscing upon. Musically constructed with more than technique, “Gold Dust” emotes precise chemistry between members which anticipates future releases by the indie-soul outfit.

Stay connected with Taylor and The Wild Now

#Videos: Argentinian/Australian punk-rock band The Maggie Pills share their latest single “Rip My Heart Out,” taken off the Lickety Split 7” co-release with fellow Melbourne band, The Miffs, out Friday, February 3 via Tuff Cuff Records.
The duality of identity throughout time is as abstract as love, but as visual reaffirming as the rings in a tree reminding us of what we carry. Through growth and acceptance of self, the world returns the favor. A concept that has been beautifully displayed on Eden Cami’s latest release “Ataituka أتيتك (I Come to You).”
Mexico’s Sgt. Papers latest garage track takes the spirit of a drunken story and the “lucky jerks” running wild for a retelling on “Pérdida Total” via DIW Records.
Ryck Jane’s storytelling and arrangements have always been a driving point throughout her discography. On the Los Angeles artist’s latest single, “Bitter,” Ryck Jane pens an unguarded open-letter of resentment and accountability.
💙TICKET GIVEAWAY💙 Fana Hues will be at The Echo, Wednesday November 16, 2022 for her debut and headlining show and GUM is giving away a pair of tickets.
Alice Glass finished her Trauma Bond tour with a Halloween show at The Glass House, Pomona, CA, featuring support by Sizzy Rocket and Paul Maxwell. Draped in red and capturing the essence of Lydia Deetz, the artist lit up the night with aggressive and fluid movements complemented by the warmth and fervor of the crowd.
#Premiere: Young Winona makes us feel "Sadistic" on their intoxicating new single via Poor Man Records.
#Discover: Paris-based American artist, Julia Gaeta, debuted her industrial, darkwave single “Weight of You” last month to eager ears.