Owen Ross, who goes by the name, “Goste,” is a producer, instrumentalist, and composer, and is an Alumni of Berklee College of Music. Ross began his musical career as a guitar player touring the United States, and then moved to New York to begin a different type of project, and toured New York and Europe with his 2013 EP, Deleted Scenes. Now, revived, and with a full goal in sight, “walk the line between, raw, organic instruments, and ethereal samples and production,” Ross produced his latest EP Eugene himself, and debuted the video and the new single, “Loaded Like a Pistol,” from the same album.

While the 6 track compilation of Eugene is an interesting project, the lead single, “Loaded like a Pistol,” is a great track to be introduced to Goste and the sound he is thriving for. In addition, the video features Goste and his full band, live on Converse Rubbertracks, that gives a more honest depiction of the rawness behind it all. Despite Goste being a one-man project, live performances and the record will feature: Chris Holdridge on drums, Bryan Percivall on bass, and Megan Lui and Tamsin Wilson on background vocals.

Seen with a guitar,  Abbleton, and a Roland SP-404, Ross, produces haunting beats, and rhythms, followed by a live drummer in the video. Having a live band is unique for certain producers, rather than sampling vocals and solely beats, but by providing his own vocals, there is more intimacy in the music. With that said, Ross’ vocals match the haunting of the tone. The beginning of the song is on the electronic side, starting with beats produced from the drum pad, Ross’ deep and dark voice, and lyrics to match: ” You’re the reason why I just don’t go home/ its kinda hard when you know you’re gonna die alone.”

By almost the 2nd minute, the live drums kick in, along with the bass, and the song takes an interesting direction.  Back-up vocalists, for these small parts, leads to greater harmony, as Ross sings “loaded like a pistol” over their chimes. It takes a trip back to the electronic beats and becomes more blended with electronic synths and samples through the end of the song. The best part would be Ross’ climatic voice that is burning with emotion as his tempo rises. The track takes one more unique spin as it falls into a beautiful instrumental piece, with a full band jam session, strong to the new wave rock influenced sound, and quickly fades. Overall, Goste provides many unique sounds to be heard and crosses the boundaries of experimental sounds and intimate lyrics.

0 comments on “Goste: Loaded Like a Pistol- Ghostly Electronic Rock” 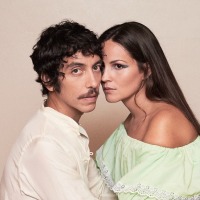 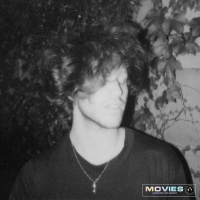 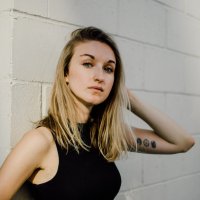 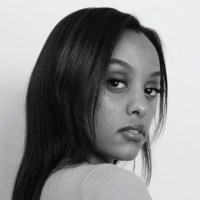